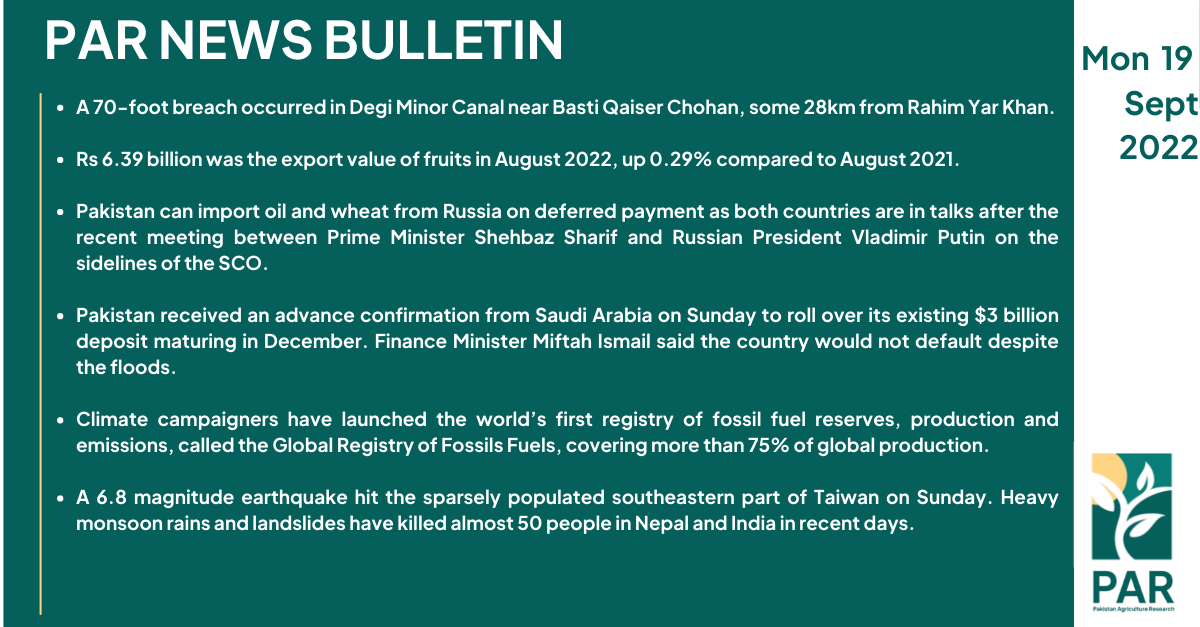 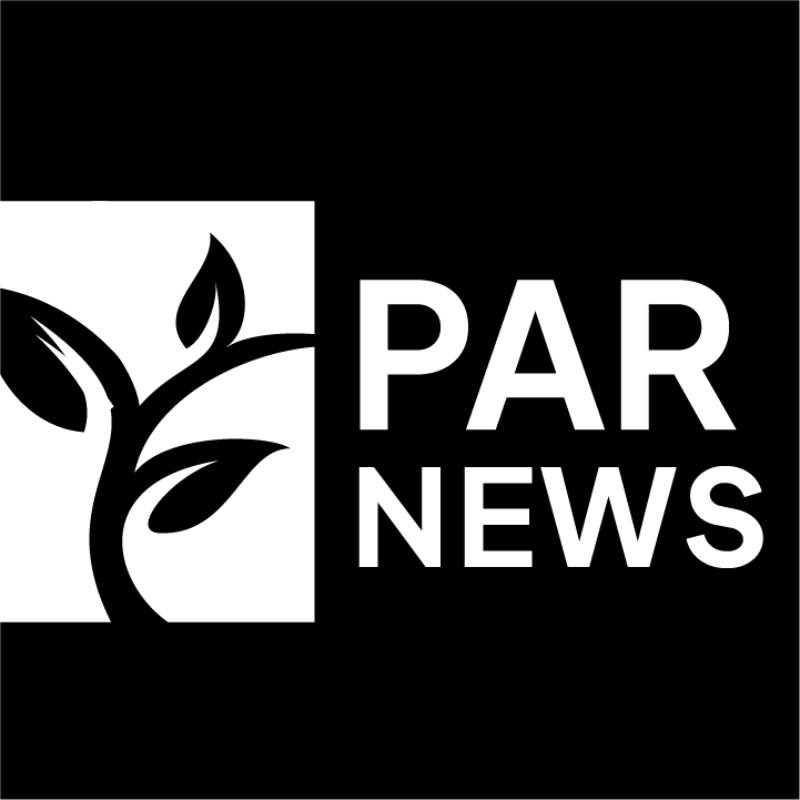 Opinion: Is it time for a food system reset in Pakistan? - “While Pakistan has been blessed with agriculture resources, they are consistently strained due to demographic pressure, the impact of climate change, encroachment of arable lands, soil erosion, water shortage and lack of focus on productivity.” - By Ahmad Mukhtar[ET]

Stay on par with the daily happenings of the news cycle with the PAR Daily News Bulletin! 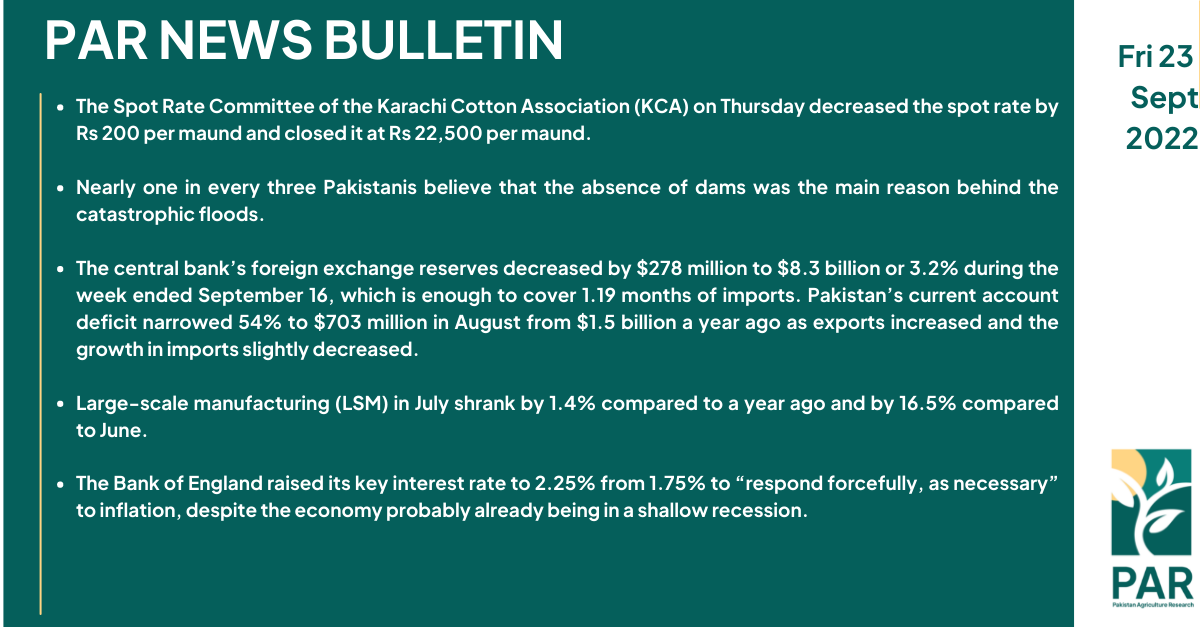 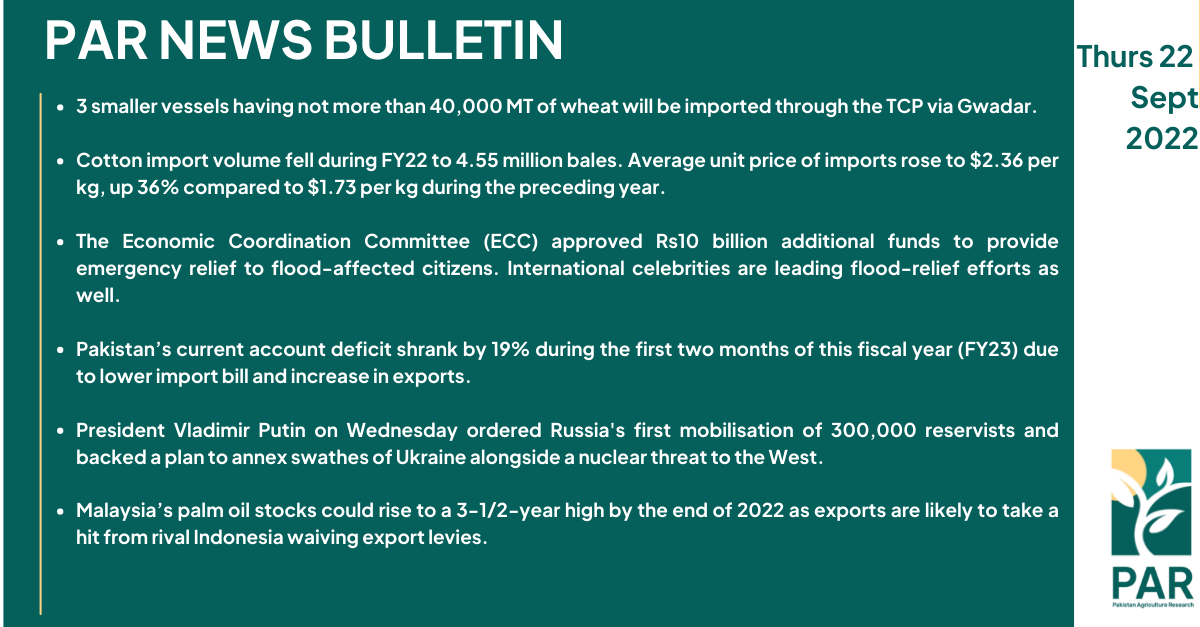